From a financial point of view, 2020 was a good year for Wikimedia Deutschland. 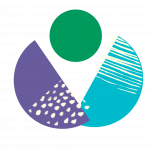 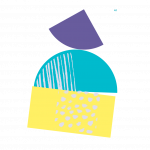 5 project teams were funded in the first round of Wikimedias Accelerator program “Unlock”.

340,000 images were uploaded to the free media archive Wikimedia Commons by volunteer photographers worldwide in 2020 as part of the Wiki Loves Earth and Wiki Loves Monuments photo competitions.

Wikimedia Deutschland applies the HFA 21 accounting standard. A unique feature of this standard is that revenue from donations is only posted at the time of the donation’s disbursement. For this reason, the item “Unused Donations” posted under liabilites on the balance sheet is an important benchmark for assessing the financial situation of Wikimedia Deutschland. This amount increased to EUR 8.8 million (previous year: EUR 7.8 million). The total is shown in full as a tax reserve in accordance with §62 AO of the German Fiscal Code.

One Medal of the Order of Merit of the Federal Republic of Germany went to Wikipedia active Bernd Schwabe.