Nearly 7 million times the Terra-X videos released under CC were accessed on Wikipedia and Wikimedia Commons in 2020.

2020, Wikimedia was able to accentuate important priorities in digital policy – on a national as well as on a  global level. Decisive impulses have been incorporated into the German government’s data strategy. And Wikimedia is now also networking at WIPO – the World Intellectual Property Organization, based in Geneva. Even against resistance.

Awareness of the fact that “open data” and “open source” are not just technical terms, but above all have a sociopolitical dimension, is visibly growing. For many years, Wikimedia has been working to strengthen digitization that is oriented toward the common good and to anchor it in political decision-making processes.  More and more decision-makers have not only embraced this idea, but are actively taking it up and translate it into concrete policy.

One example is the German government’s data strategy, which was published in 2020. In the run-up to this, the Federal Chancellery also specifically sought the involvement of Wikimedia Deutschland. “Our feedback was requested at an early stage and immediately incorporated at various points,” says Lilli Iliev, Project Manager Public Policy at Wikimedia. For example, the very first part of the strategy now states, “Understanding that data can also be public commons is a central factor here, so that the great potential of data for economic and social development can be used worldwide.”

A total of nine places in the German government’s data strategy mention the importance of public welfare and social participation.

Wikimedia’s voice is also increasingly being heard at the global level. With Justus Dreyling, Project Manager International Regulation, there is now a Wikimedia representative at international negotiation rounds – in international organizations, for example. These include, in particular, the World Intellectual Property Organization (WIPO), a UN specialized agency based in Geneva. Here, almost all countries participate in discussions about which standards apply to the protection of intellectual property, but also which uses should be permitted in cross-border or online contexts.

Civil society organizations can apply to WIPO to become observers. Usually, this is a formality. In the case of Wikimedia, however, the application was rejected – on China’s initiative. The official reason given was that among the 41 officially recognized Wikimedia chapters there was also one in Taiwan, a fact that China saw as a violation of its territorial integrity. Dreyling nevertheless takes part in WIPO meetings through the international association COMMUNIA, of which Wikimedia is also a member.

At the moment, the main focus is on establishing contacts with the individual delegations and building networks of like-minded people. “We’ve been involved, for example, in creating a more formal coalition of civil society organizations working toward copyright reforms,” says Dreyling, who blogs regularly about his work at netzpolitik.org – under the title “Blackbox Geneva.”

“We are often the only ones without commercial interests”

A conversation with Dimitar Parvanov, Wikimedian in Brussels, about successful lobbying and Wikipedia as a unicorn.

What were the defining issues in Brussels in 2020?

2020 was the year of consultations. The European Commission held so many public consultations that it became difficult to keep track of some of them. The main topics were the implementation of the Copyright Directive, a new regulation on electronic evidence and one on terrorist content online. There was the Digital Services Act, the Digital Markets Act, and a new Code of Practice, a code of conduct for online service providers regarding disinformation. There was really a lot on the agenda!

Where and how was Wikimedia able to get involved and achieve successes, for example on the topic of copyright?

In the end, we were not able to prevent the upload filters, which were also demonstrated against in Germany in connection with the Copyright Directive. However, we were able to successfully ensure that non-commercial platforms such as Wikipedia, and indeed any forum of a registered association, are exempt from this filter regulation. Another success is that the digital copies of public domain works are protected and remain in the public domain. In some cases, museums have tried to fight this.

There was the famous lawsuit by the Reiss-Engelhorn Museums against a Wikipedia user and Wikimedia over the photo of a Richard Wagner portrait on Wikipedia – which they won before the German Federal Court of Justice (BGH). In the meantime, however, the Bundestag has approved the copyright reform, which means that these digitized works are now guaranteed to remain in the public domain. That opens up a lot.

How much of the work happens out of sight under the radar?

There are constantly cases where we are instrumental in correcting  projects without the general public knowing about it. A lot of it happens in discussions in Brussels or, of course, online at expert level with stakeholders.

One example is the planned new directive for electronic evidence (E-Evidence Regulation). This is essentially about how, for example, a prosecutor from Lithuania can request electronic evidence from another EU country, such as Facebook in Ireland, as part of an investigation or trial. In the draft, it was envisaged that prosecutors would be able to request traffic data without a court order in the future. In the case of Wikipedia, the traffic data shows which IP address accessed which Wikipedia page. We thought that was going too far – and it is now being withdrawn.

Unfortunately, we often see that open and user-generated platforms are not included in the considerations of the projects.

What are the biggest hurdles when lobbying on the ground?

The difficulty is not getting a hearing. Wikipedia in particular enjoys enormous esteem, at least since the problem with disinformation has grown so much. Meanwhile, Wikipedia is almost universally seen as the good place on the Internet and is considered the “exceptional unicorn.” It is questionable and difficult to answer whether this concept can be transferred to other places on the Internet.

The biggest hurdle in the legislative process is convincing others that our concerns are a real problem. Politicians don’t like to deal with issues and problems that don’t necessarily need to be solved. Every decision brings them sympathy from one group, but costs them sympathy from another. If we complain about a problem with freedom of panorama in France (e.g., not being allowed to freely photograph the Centre Pompidou and put it on Wikipedia), we are immediately asked, “Have you been sued for that yet?” If there is no lawsuit, the issue is not given a high priority.

What is Wikimedia’s concern with the Digital Services Act – and what is the current status?

The Digital Services Act is generally intended to regulate content moderation online. The EU has asked itself: there is now one regulation for copyright content, another for terrorist content – how many more individual regulations are to come? So the idea is to create a uniform framework. And we welcome that as well. So-called notice & action procedures are to be codified at EU level, which means that if I discover presumably illegal content on the Internet that could restrict my rights and freedoms, I can ask the provider to remove it. This should be regulated in a clear legal framework that offers protection for both sides, the providers and the users.

One problem, however, is that once again only Facebook, Google and Flickr were included in the deliberations – and not platforms where volunteer online communities do much of the moderating. For us, the Digital Services Act would mean that Wikimedia Foundation lawyers would frequently have to intervene in community discussions and decisions.

What issues will be important for Wikimedia in Brussels in the near future?

The Digital Services Act will be the main topic for the coming years. Also interesting is a planned regulation on Artificial Intelligence, which is about minimizing social biases and making algorithms more non-discriminatory. Because our projects like Wikidata are among the largest freely available databases, they are often used to train AI. So it’s important for us to find a meaningful framework for this.

This is another conversation that will go on for a long time. It is important that we as communities and as a network remain part of non-commercial associations. Unfortunately, we are too often the only ones in the room who are not-for-profit. It is important that our voice is represented, especially in Brussels.

What is the role Wikimedia Deutschland plays within the spectrum of associations from the perspective of parliamentary work?

With its encyclopedia, Wikipedia is unique in the world and in Germany. For us, the free provision of knowledge is a project that really deserves support. We also pay attention to this in our legislation. As digital policymakers, we are trying to make the major platforms more accountable, for example. At the same time, we want to make sure that the Wikipedia model is not damaged in the process.

Does the way MPs deal with civil society organizations differ from the way they deal with other interest groups?

There are a large number of very different interest groups. In principle, however, I try to deal with all interests according to the same rules. The decisive factor for me is: Is the argument convincing?

The function of the interest group is secondary for me. It’s more about practical experience and unwanted consequences that introducing regulations for one group may have for another group.

Do you see any starting points for digital policy to support the so-called third sector, i.e. non-profit network projects such as Wikipedia and Wikidata, through good framework conditions?

So far, we have always made sure that as far as possible ,Wikipedia is exempt from the comprehensive regulatory schemes for large platforms. In this way, we want to create good framework conditions for Wikipedia to continue to provide free knowledge processing in a comprehensive and viable manner. Furthermore, we want to support the generation and processing of information by strengthening science in general. More information and good information will then also benefit Wikimedia’s projects. 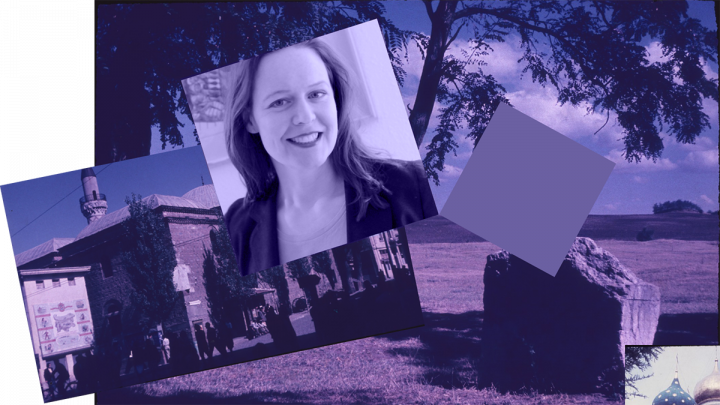 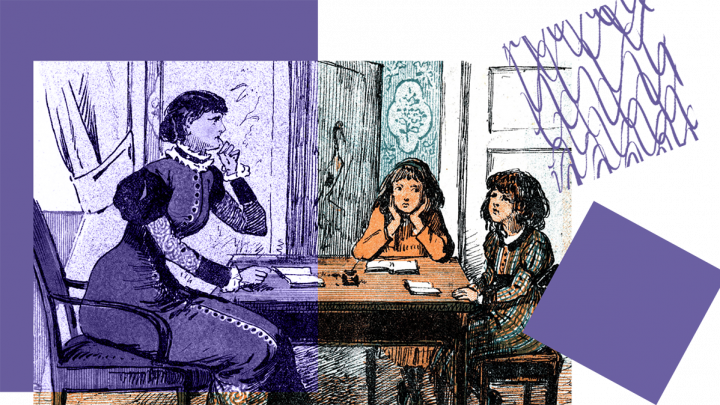 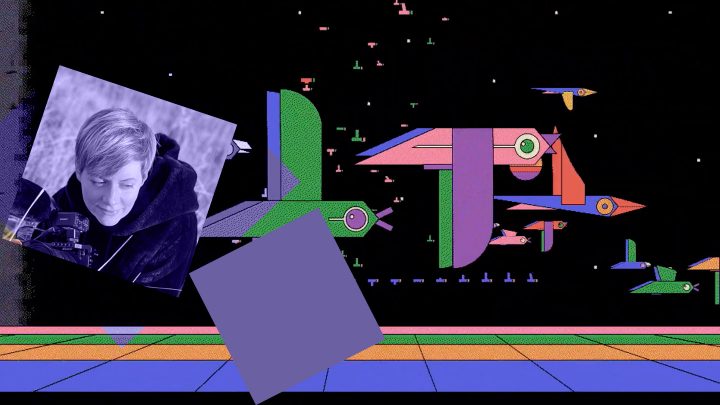 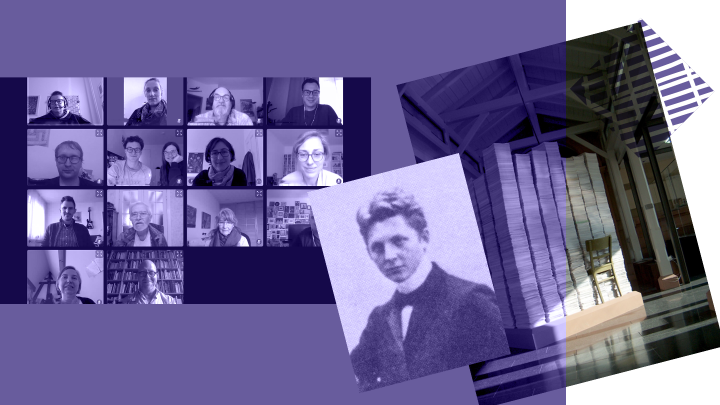