From a financial point of view, 2021 was a good year for Wikimedia Deutschland. 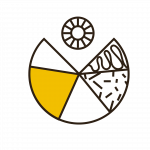 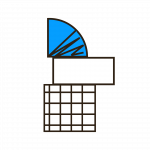 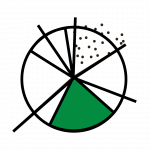 With over 500,000 people making donations and paying membership fees amounting in total to EUR 18.8 million, we were able to significantly support the development of free knowledge in Germany and the rest of the world.

Wikimedia Deutschland applies the HFA 21 accounting standard. A unique feature of this standard is that revenue from donations is only posted at the time of the donation’s disbursement. For this reason, the item “Unused Donations” posted under liabilites on the balance sheet is an important benchmark for assessing the financial situation of Wikimedia Deutschland. This amount increased to EUR 9.3 million (previous year: EUR 8.8 million). The total is shown in full as a tax reserve in accordance with §62 AO of the German Fiscal Code.

Summary: Revenue and Use of Funds

Like many fundraising organisations, Wikimedia Deutschland strives to maximize funds used for substantive work while minimizing costs of activities related to public relations, advertising and administration. However, the latter are necessary and meaningful as they help organize the use of funds as well as provide accountability and transparency. The expenses for activities relating to public relations and advertising of Wikimedia Deutschland and Gemeinnützige Wikimedia Fördergesellschaft amounted to EUR 2.4 million in 2021 (previous year: EUR 2.4 million). The administrative expenses amounted to EUR 2.0 million (previous year: EUR 2.4 million). Taking this into account, the overall share of costs for activities relating to administration, advertising and public relations of both organizations amounted to 21.1% in 2021 (previous year: 23.4%).