If you ask language assistants about the highest mountain in the world, the answer will most likely come from Wikidata. If you call up information about cities along the route in the in-flight program during a flight, you can get the message “Made with the Magic of Wikidata” at the edge of the screen. This database has been collecting human knowledge in machine-readable form for eight years. The software that makes this possible is called Wikibase. Since 2019, it has also been tested by the German National Library – to take the Common Standards File (GND), which contains over 8 million entries (as of May 2020) on cultural and scientific collections, to the next level. Jens Ohlig, Software Communication Specialist at Wikimedia, explains the advantages of Wikibase.

How does the Wikidata cosmos work?

Wikidata links the freely accessible databases and establishes connections between knowledge objects – as a hub and intersection in the Linked Open Data Web. The software we have written to make this happen is Wikibase. Just as the Wikipedia software was a revolution for collaborative writing, Wikibase is a revolution for entering structured data. Of course, this is first and foremost interesting for libraries, which have been structuring world knowledge for thousands of years. But other institutions can also use it to create their own data world.

What does it mean that the German National Library now uses Wikibase?

Along with the Library of Congress, the German National Library is one of the most influential institutions of its kind. The fact that those in charge decided to use Wikibase as an open source community solution to take the next step in opening the Common Standards File had a lighthouse effect. In the summer of 2019, a conference of the national libraries was held and there was enormous interest in our software. This ranges from the National Library of France to the National Library of Aruba.

What advantages does the software offer to the institutions?

Wikibase enables many things that other database systems do not offer. For example, it is possible to have contradictory statements next to each other. If I query Wikidata to find out which state’s capital is Jerusalem, I get two different statements, each with sources – and I can decide for myself which path I want to follow. This is important because it reflects the complexity of our world. Wikibase as a system is flexible enough to cope with our chaotic reality.

What other possible uses are there for Wikibase?

In addition to the cooperation with the Bibliothèque Nationale de France, which we have already agreed upon, a number of other areas of application are imaginable. Especially in the sciences, for example in genetics. Their data models can be well mapped with Wikibase. Another field is Open Government Data. We are working on the project to establish a knowledge graph for the EU. Wikibase can be used in a variety of ways by anyone who wants a linked open data solution out of the box.

Wikibase, as open source software that does not incur additional costs through licensing, has three major advantages for our work at the German National Library:

The most important aspect of our Common Standards File (GND) is its reliability. With Wikibase, every statement made can be backed up by a document. This is helpful because it allows transparent work. Up to now, it has not been possible to specify the source for each statement within a data set, but only for the data set as a whole. Likewise, one institution is responsible for one data set at a time. Wikibase offers a more differentiated presentation option here.

Anyone quoting an article from Wikipedia must give the exact date of the citation. The population of Berlin, for example, could have changed again just one day later. Wikibase takes these dynamics into account by showing how a data set changes, who contributed what and when. This function is already integrated into the software.

BUILDING BLOCK FOR THE SEMANTIC WEB

For example, the data we provide can be more easily linked to Wikidata – because the same software is used. But Wikidata is not the only entity using Wikibase. More and more institutions are using it to collect structured data. This means that a data ecosystem can be built up bit by bit, and we are getting closer to the idea of the semantic web, which creates meaningful links. This would make us increasingly independent of the search algorithms of major search engines.

Barbara Fischer is manager for new cooperations at the Centre for Standardization of the German National Library (DNB).

From the DNB’s point of view, the Wikibase software is associated with the hope of being able to give the Common Standards File (GND) in a Wikibase database a second home, which will in future facilitate the active cooperation of users from all sectors. Convinced of the potential of the Wikibase software, we are continuing our software evaluation in 2020. 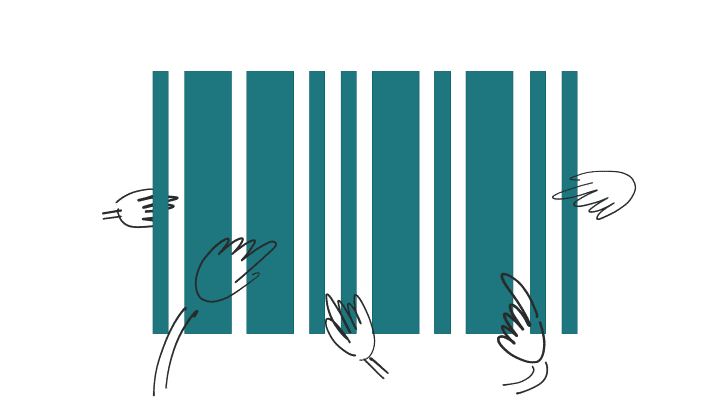