Do the diamond dance

In this blog post coach Klara gives us some insights into experiences in virtual coaching for the UNLOCK Accelerator. With great ideas and clever tips she will show you how you can bring some variety into your daily video calls. Get ready for Spaghetti towers and some dance moves.

If you are a knowledge worker like us, your newsletters and linked.in timeline have probably been flooded with “remote work advice”, from check-in questions to foot mats for the best standing-desk experience. Anything else we could bring to the table after the first round of UNLOCK? Maybe. Here are five ways how we tried to bring a bit of analog delight into the virtual space:

1 Give your notebook a seat in the video conference

When I do workshops in real life, I am a heavy user of flipcharts to visually illustrate my statements on the go. It has been proven to be beneficial for both a didactic effect and my need to prepare. When pushed into the virtual world in April, I zigzagged between meticulously prepared slides and clumsy drawings in digital whiteboards. Until I bought a flexible mobile phone holder. Now, I use my computer to film me, and enter the call as a second participant with my phone, to film my notebook (I also use this to showcase my timer btw). 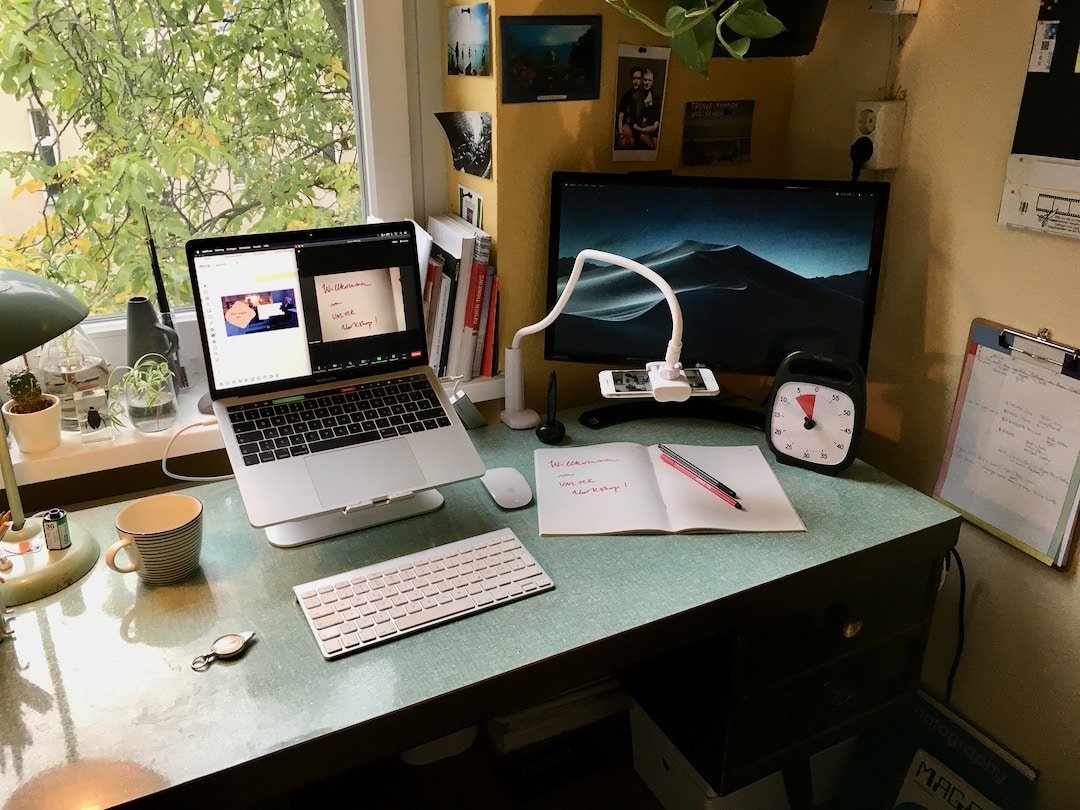 Bildlizenz: Klara lindner, How to use a smartphone to share analog notes, CC BY-SA 4.0

2 Send a video instead of endless slack messages

Even though it is quite annoying to witness the blabber of your seat neighbor in the subway, sending voice messages is a great way to quickly get your point across. And video is even better. While I first pondered over how to best formulate my points in an email, I gradually shifted to record a short video of myself. There are tools like loom or cloudapp that directly upload your video or integrate it with slack & co, but a low-fi recording made with QuickTime also works. 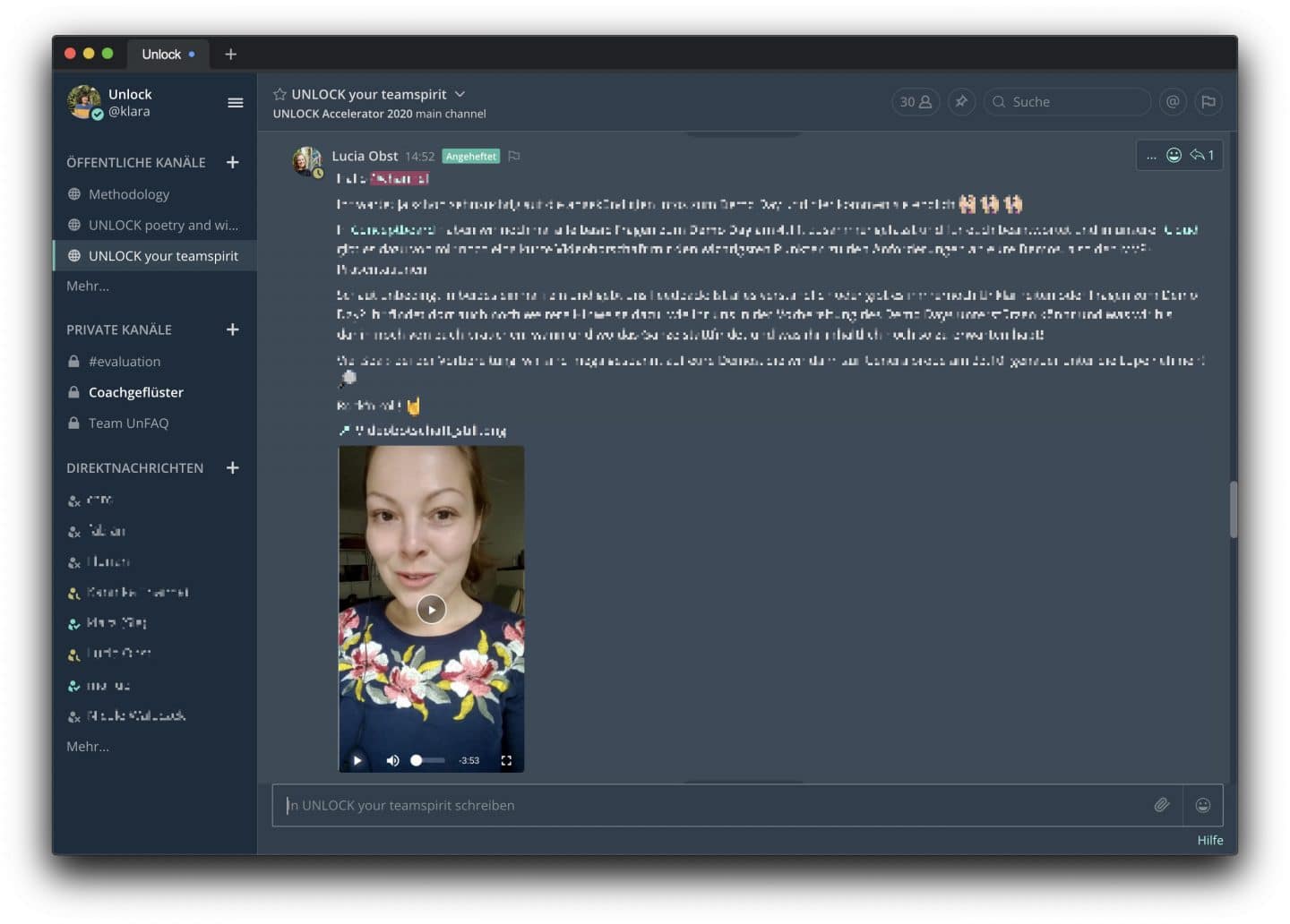 A popular warm-up of service design jammers is Tom Wujec‘s Spaghetti Tower. Leaving teams alone to do it is challenging, but you know what Coach Manuel from the UNLOCK Accelerator did? He called a bike courier in the morning, sent the necessary material over and facilitated the session through zoom. The team he coached got to do something away from their computers and experienced the importance of prototyping right before going into developing their app.

Ah, these awkward moments of silence in a video call. In real life, Impromptu Networking has become my favorite method to establish connections and engage everyone. In a nutshell, you have several rounds of spontaneous one-on-one encounters in open space. But how to get it into zoom? After several failed attempts, I finally found a work-around:

Step 1: Let everyone drop their name and phone number in a shared visual space (e.g. Post-its in a visual whiteboard).

Step 3: Structure an invitation what to talk about in the one-on-ones (e.g. „What do you expect from …?“).

Step 4: Invite people to keep their mic mute but camera on, set the timer and let one person call the other (e.g. Left column calls right column).

Step 5: While they talk, shift the names with the post-its on the board. When time is up, initiate the next round.

-> The magic happens, when people have intimate conversations while seeing others who experience the same thing at the same time. Even on mute, the laughter among two is infectious and even if you do just three rounds, the thread between all participants grows immensely.

5 Do the Diamond Dance

Another popular warm-up among jammers: the Diamond Dance. Traditional line dance and hip-hop dance challenges combined, it is one of the best ways to start the last day of an intense workshop week or celebrate the end. And to our surprise – it also works remotely! You do need a good internet connection so that you can see dance moves and not standstills. And as far as I have investigated, only zoom allows you to send out your computer audio to have everyone hear the same thing. But if that‘s in place – move your hips!